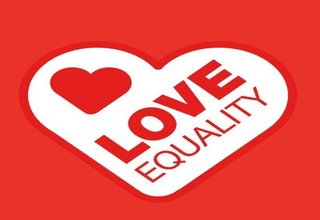 In December 2018, our Students’ Union voted to support the Love Equality Coalition’s campaign for marriage equality in Northern Ireland. Today, six months later, Northern Ireland is still the only place in the UK where same-sex marriage is illegal, despite the fact that 68% of the Northern Irish public have expressed support for marriage equality, and despite the fact that more than 50% of Northern Irish MLAs (Members of the Legislative Assembly) have voted for it. Homophobic political interests are blocking the will of the public, they are blocking progress towards equal rights for all, and we must do everything we can to enact support and solidarity with the Northern Irish LGBT+ community from here in Manchester, because no one is free until we are all free.

As long as Northern Ireland prohibits equal marriage, the UK does not have equal marriage. Our LGBT+ Northern Irish students cannot get married in their homes, amongst their families and their loved ones, as everyone should have the right to do. This is no coincidence: our government has a consistent track record of failing LGBT+ people, from the legalised, dehumanising treatment of trans people by the medical profession and the mainstream media; to the deportation of LGBT+ asylum seekers, forced to return to countries where they face persecution, violence and even death; to austerity measures forcing LGBT+ youth onto the streets, and so much more. The indignity faced by our LGBT+ siblings in Northern Ireland is part of a wider picture: that of a system that is deeply, institutionally homophobic, biphobic, and transphobic. This Pride month, we reject empty claims from the government and from businesses donning rainbow flags, claiming that they care for LGBT+ people, while enacting violence upon us every day.

This June especially, but throughout the entire year as well, the Students’ Union encourages you to donate to the Love Equality Coalition, or to otherwise support this vital campaign by running fundraisers, spreading the word, displaying your support, and more. Check out the image below for tips on how you personally can help, visit www.loveequalityni.org for more info, or email me at sara.khan@manchester.ac.uk to chat about how your group or society can take action.

You can donate to the campaign at: https://www.justgiving.com/crowdfunding/support-love-equality-ni