Why is there a trans students’ campaign?

At 2016 national conference the National Union of Students (NUS) overwhelmingly voted in favour of creating an autonomous campaign for trans students, working alongside the pre-existing LGBT+ campaign. Transgender and nonbinary students are often left behind in liberation campaigns, as the struggles we face are often different to those experienced by our LGBQ siblings. Working alongside the pre-existing LGBTQ+ students campaign, the Manchester University Students’ Union decided to do the same and created an independent Trans Campaign in 2017.
For more information on the NUS’ national trans campaign, check out their website.

There are 2 elected Trans officers at Manchester University Students’ Union:

Rosa is also the Trans Rep on NUS Liberation Committee - you can join the NUS Trans Student Campaigners Network here. 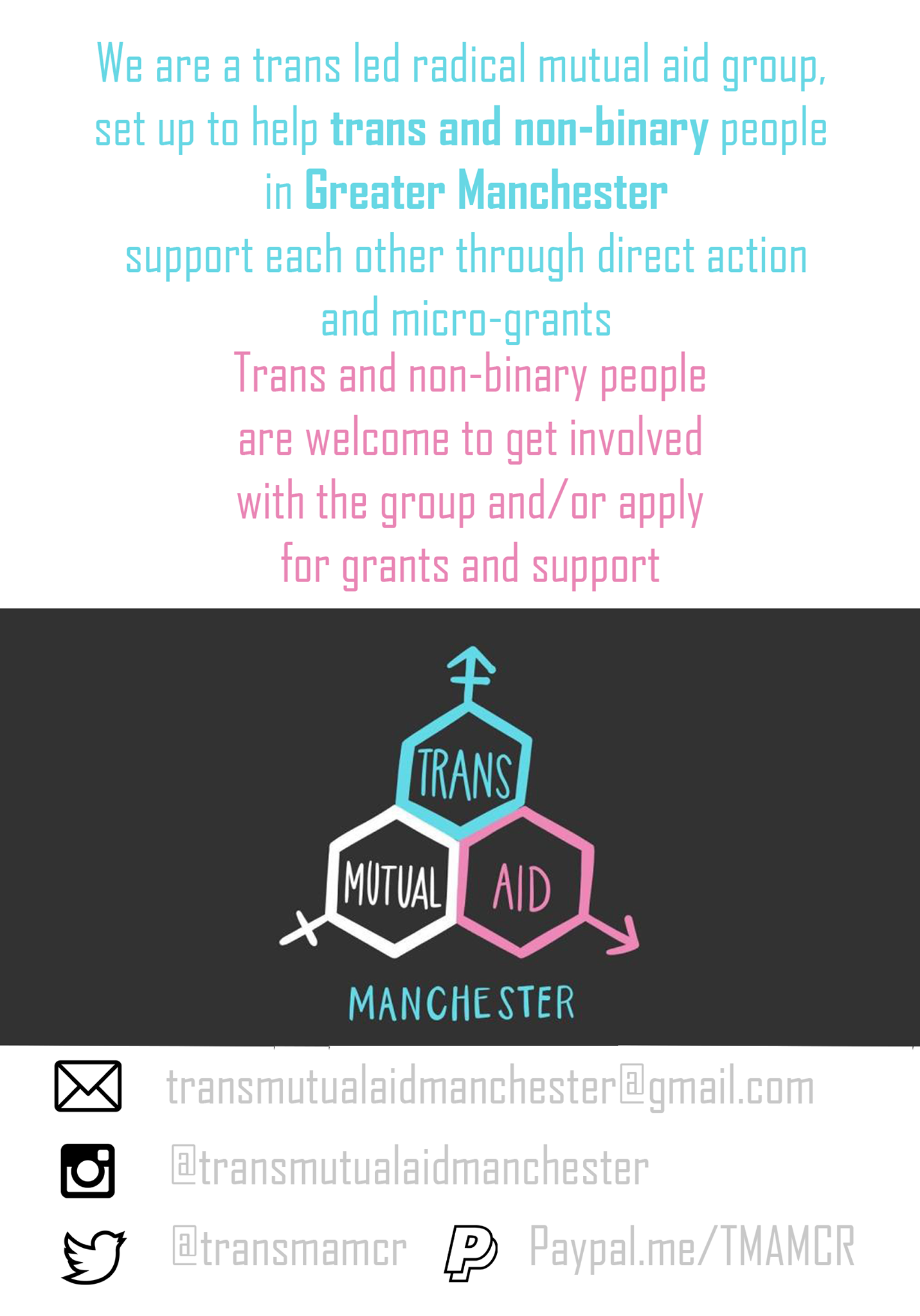 Transgender - often shortened to “trans”, an umbrella term referring to anyone whose gender identity does not completely align with the one assigned to them at birth. For example, a person who was born with a vagina would be assigned female at birth, but may identify as a man, amongst other gender identities.

Nonbinary - an umbrella term for gender identities that are not fully male or female. A person may identify as agender (without a gender), genderfluid (fluctuating between two or more genders) or another identity altogether. Some nonbinary people feel comfortable also defining themselves as transgender, while others do not.

Queer - traditionally used as a slur against anyone who is not heterosexual, this word has become reclaimed by some within the community who now use it to self-identify as gay, bi, or another non-heterosexual orientation. This term should only be used by those who are LGBTQ, and should not be used to refer to others who may not feel comfortable with this word.

Intersex - a term for people whose hormones, chromosomes or other sex characteristics don’t align with the male/female sex binary. Intersex people can be any gender.

Why don’t we use an asterisk (*) after trans?

The trans asterisk (i.e. trans* or trans* person) is used in some resources and is said to be more inclusive than the term trans or transgender alone. The trans campaign chose not to use the asterisk as they feel that trans without an asterisk is inclusive of all people whose gender is different to the one they were assigned at birth. The asterisk has also been used by some to include cisgender crossdressers, or to exclude trans women.

Being Trans at Manchester

Click here for a handy guide to being trans at the University of Manchester, including how to change your name, your rights, and a list of useful organisations.